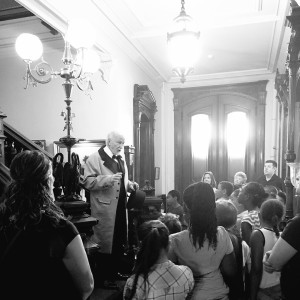 Built by noted architect Isaac G. Perry in 1870 for Sherman Phelps, and later used by the Monday Afternoon Club, this mansion has remained a focal point of Binghamton’s Historic Downtown for 145 years. Listed on the National Register of Historic Places in 1973, and later established under the NYS Board of Regents as a museum in 2005, the Phelps Mansion Museum is a dedicated historic house museum for the Gilded and Progressive Eras in Central New York.

Why visit the Phelps Mansion Museum? 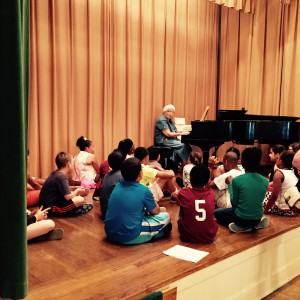 Each school tour takes approximately 45 min to 1 hour in length. Tours will focus on…

Educational Tours may be booked between Monday to Saturday from 9am to 4pm. All tours must be arranged at least two weeks in advance. Teachers will receive a Teacher’s Resource Pack with information about their tour, important vocabulary terms, pre and post visit activities, educational images, and an introductory DVD to the Phelps Mansion Museum.

For more information or to arrange your next class trip, please contact us at info@phelpsmansion.org or call 607.722.4873